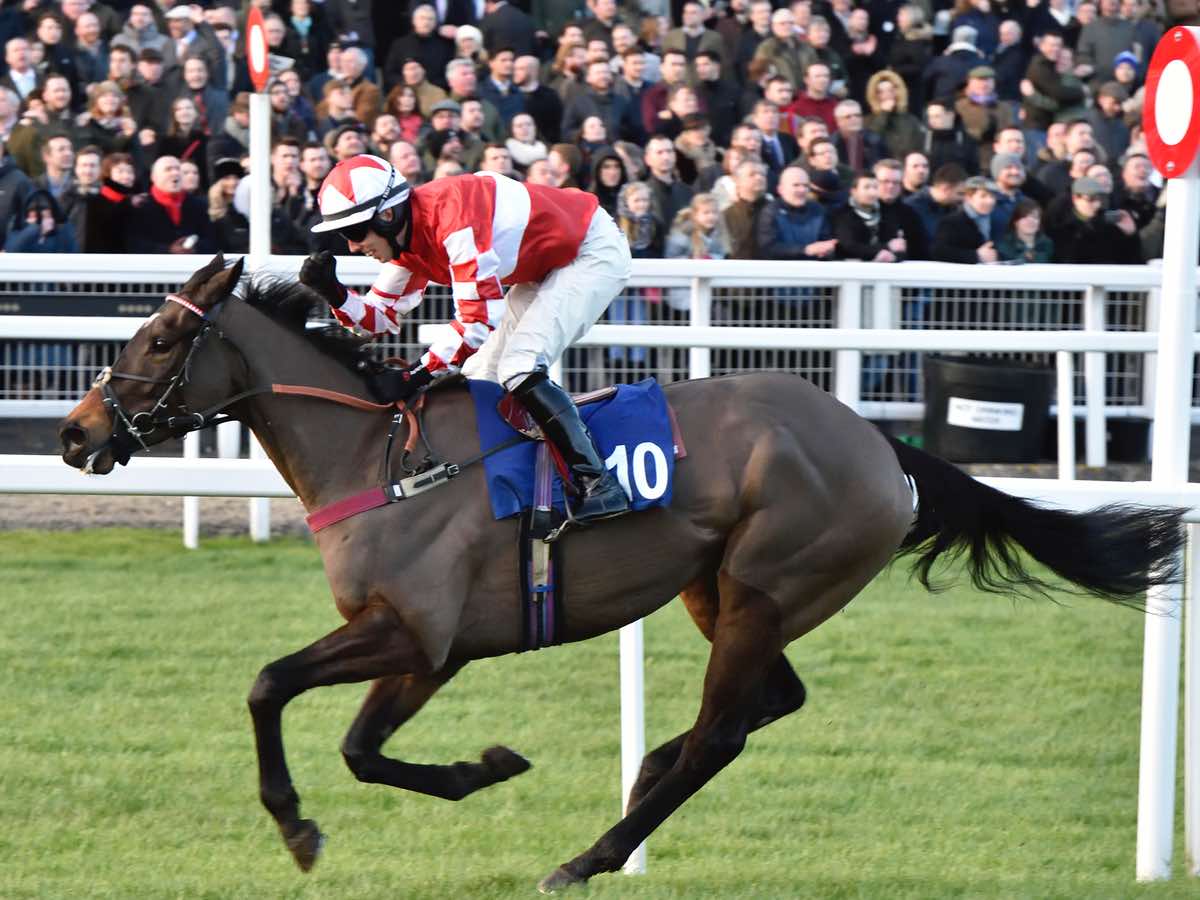 Foggy and pretty cold here this morning.  Richard East and James Gibbs in to watch Solstice Star doing his final piece of fast work ahead of his run back over hurdles at Cheltenham on Saturday.

Racing UK here to doing a piece on the yard but especially our evergreen superstar Any Currency who typically bounced out of his stable under Issy Mangan and thoroughly enjoyed his work as usual.  They got some great shots of the team in the fog with the sun rising and did plenty of interviews with us too – even Belinda’s charity race gets a mention!  It will feature on ‘This Racing Life’ in the next week.  Nick Lightfoot’s first visit here and we loved showing him around.
The team from Leisure Ride Surfaces have been working hard again today and the fencing is nearly finished.  The electrical work is nearly finished on our new kitchen too which is adjacent to the new owners’ room and that is awaiting a smart new carpet.  We are having more office space too and that room is very much work in progress so lots happening.

The Wexfordian runs today for Peter Boggis and John Abernathy – their first runner for us but Belinda has known Peter and his family for many years – his daughter Kitty King is one of the Ambassadors for our Racing Club.  Wexfordian used to be here but his form slipped away so he has been with Claire Hart for the summer and autumn.  Together they won their maiden point to point impressively beating a horse into 2nd who won impressively last weekend.  He’s got a custom made stable which has a pen behind so he lives out as much as he wishes too and is also turned out in the day in a larger paddock.  His race is competitive today (Taunton was frozen off on Saturday but would have suited better probably!) but hopefully he’ll run well.