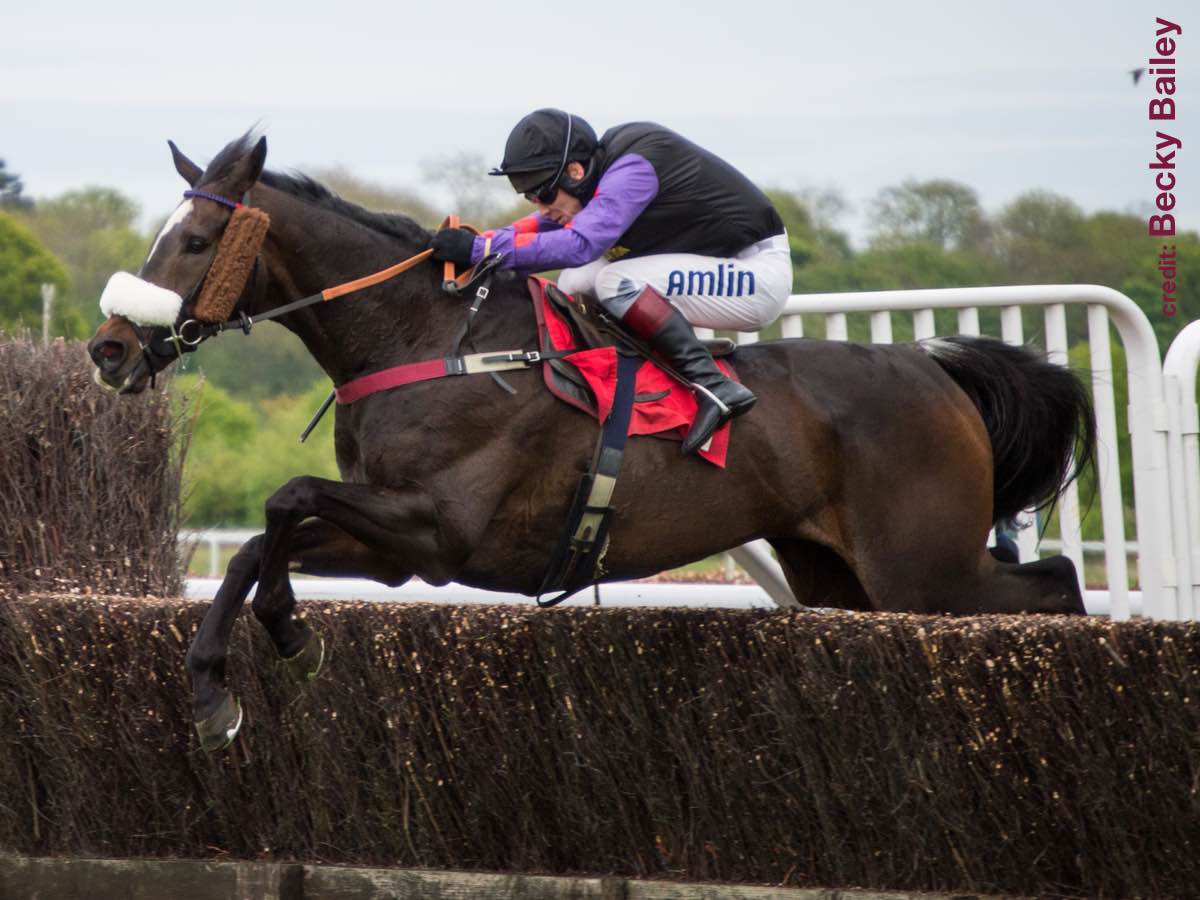 Thick fog here this morning in comparison to yesterday when for the afternoon we were treated to brilliant sunshine – a lovely afternoon.

Owner Richard Davies was in this morning with son Richie. Richie was born on the same day as Harry and had plenty of fun playing with Freddie & Harry and Jamie’s children Sophie & Ollie who come here for their school holidays and have had a fantastic week – making dens, getting muddy, racing on foot over the small hurdles, running everywhere – just what children should be doing – messing about outside and not glued to TVs or computer screens.

Ollie Garner was in to ride out this morning – Ollie supplies us with our hay and bedding and used to be a Conditional Jockey here but hasn’t ridden out for quite some time so it was great to have him in 1st lot. Buckle Street looked after him well and another person who hasn’t ridden out for a long time was back in action – Belinda rode Champion Court out and second canter she went up the grass with Freddie on Arthur which was the first time they’ve both been up a gallop together.

Belinda is riding in the Macmillan Charity Race at York Racecourse on 21st June and started getting fit at the beginning of January and losing weight too. She admits she has a long way to go but is working hard at it all and would very much welcome any donations to her sponsorship page HERE. She’s doing plenty of swimming and walking up our uphill gallop and as soon as she feels fit and light enough she’ll be riding out a lot more too.

She is planning plenty of fundraising:

The proceeds of the Aquavitae Preview Night on Sunday 5th March at 7pm will be split between her and also Alex Steedman who is on the Panel and will be riding in the York Race too. I am on the panel along with Luke Tarr from Star Sports, Jockey Ryan Hatch, Racing Post’s Longshot Ted and Carolyn Fry from Cheltenham Radio. It should be a fun night with an auction at the end – get in touch with us and Belinda will sort you tickets @ £10 a head.

In April she is also planning a Race Night at The Horse & Hound Pub in Broadway – date to be confirmed.

On 18th May at The Hollow Bottom she is planning a Supper & Music from Andrew James plus a pretty fantastic Auction and a great Raffle too. I will let you know as soon as tickets are available but all proceeds will also go to her race therefore Macmillan Cancer Care.

I hope plenty of you will be able to support her in whatever way you can. We are still welcoming Auction & raffle prizes too. Such a special cause and she is doing it in memory of her lovely Mum who left us far too early.

No runners this weekend but yesterday we were absolutely thrilled to see Guy Disney win the Royal Artillary Gold Cup at Sandown Park. We’ve known Guy for many years and Belinda knew him through Pony Club and Point to Pointed with him. For him to come back from losing part of his leg to not only persuade the powers that be that he was safe enough to race ride again but then to ride such a good race to win yesterday was fantastic and much deserved for such a brave and humble person.

From one legend to another…Happy Birthday to Dave Cull who helps us out so much especially at the races ….or Gorgeous Dave as he is known in racing!!!