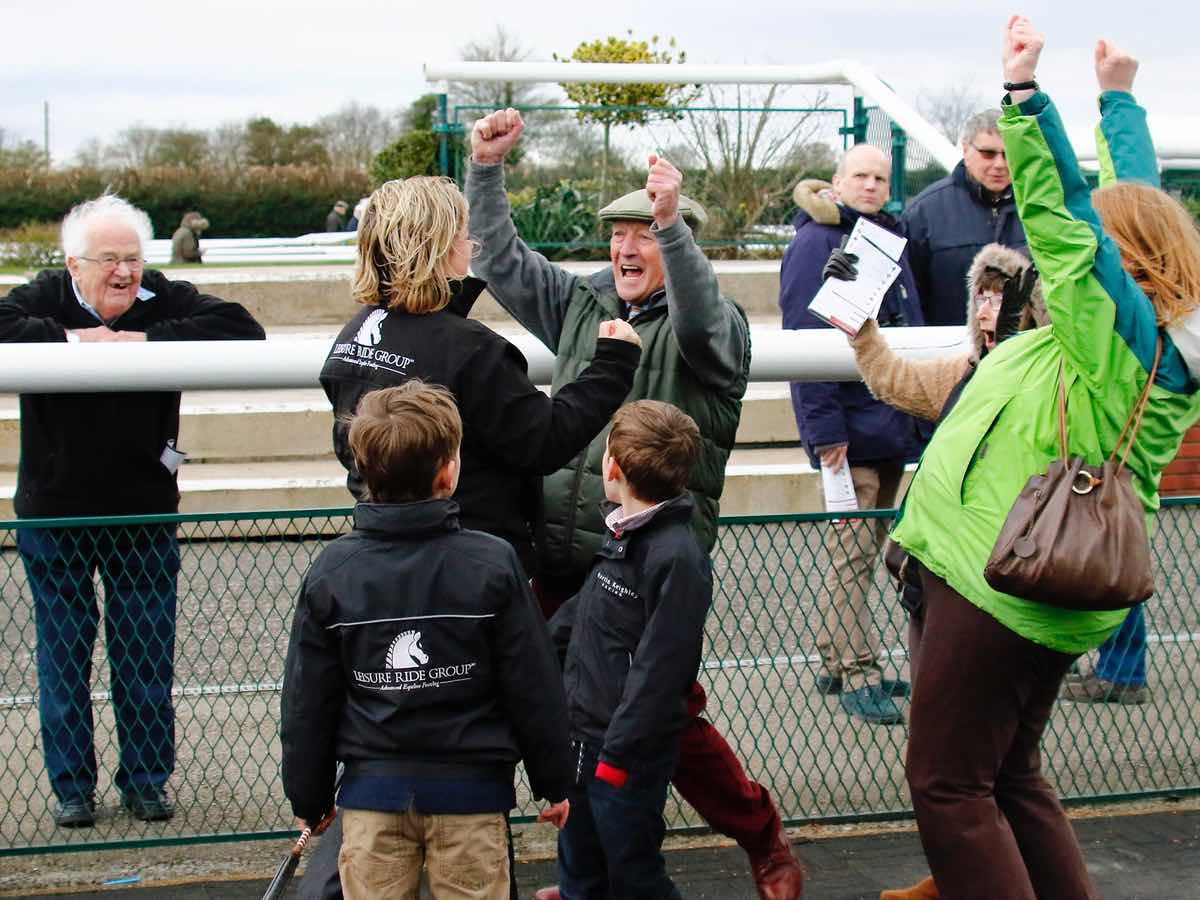 After the yard hitting the crossbar on a few occasions in recent days a victory by Buckle Street was always going to be a welcome boost, and our little star did not disappoint. Despite being up against Shantou Rock, the Dan Skelton trained 1/3 favourite who had won his previous race by 11 lengths, confidence was high that Buckle would run a big race today.But it was not without its share of drama.

Tinks jumped off in 4th place, jumped well and settled nicely in what was quite a strongly run race with two of the outsiders setting off as if their jockeys had suddenly remembered that they had left the gas on in the oven at home. These two inevitably faded whereby Shantou Rock took over the lead and, as they approached 3 out, Tinks took The Buckmeister upsides the favourite. There then followed a neck and neck battle all the way up the home straight where our lad always looked to be going slightly the better. To the credit of Shantou Rock, he battled bravely, but he was up against the little terrier that is otherwise known as Buckle Street. The two of them edged closely together between the last two hurdles, with The Buckmeister slightly edging left. As they came to the last, our lad just nosed in front and the two horses leaned in to each other again, though this was as much Shantou Rock edging right away from the rails that cut in at that point as it was Buckle hanging to the left. About 50 yards from the line, Buckle Street had battled his way to a length clear when Shantou Rock appeared to clip his heels, almost causing Harry Skelton to be unseated. However, he sat tight and looked on forlornly as Buckle Street forged past the winning post 2 1/4 lengths clear, with the 3rd horse a further 12 lengths back and the 4th a further 24 lengths back. Indeed, whilst the winner crossed the line at Southwell, those at the back of the field appeared to be in Newark.

However, no sooner had they crossed the line and the inevitable Steward’s Enquiry was announced and the cheers that would have been resounding around the living rooms of many Club members would have quickly been replaced by silence. Matt Chapman must have felt our nervousness as he clearly stated on At The Races that the best horse won and he couldn’t see him losing the race in the Steward’s Room. And then, after what was probably only 5 minutes later but seemed like an eternity, the announcement was given that the result stood.

All around parts of the UK I’m sure that cheers erupted as that announcement came through. This was our first club winner. And how sweet it is. And even more so for the club members who were at the track today and, so I’m told, were able to lead The Buckmeister into the winner’s enclosure.

Tinks was delighted with Buckle Street after the race, as were Martin and Belinda. Martin reported that he jumped well which is no mean feat for a juvenile over the Southwell hurdles, and he showed his battling qualities all the way to the line. However, the really remarkable thing is that Martin reported that after the race The Buckmeister was hardly blowing and wouldn’t have blown out a candle. So, the feeling is that there is more in the tank.

All systems go for Sandown on Saturday March 11th