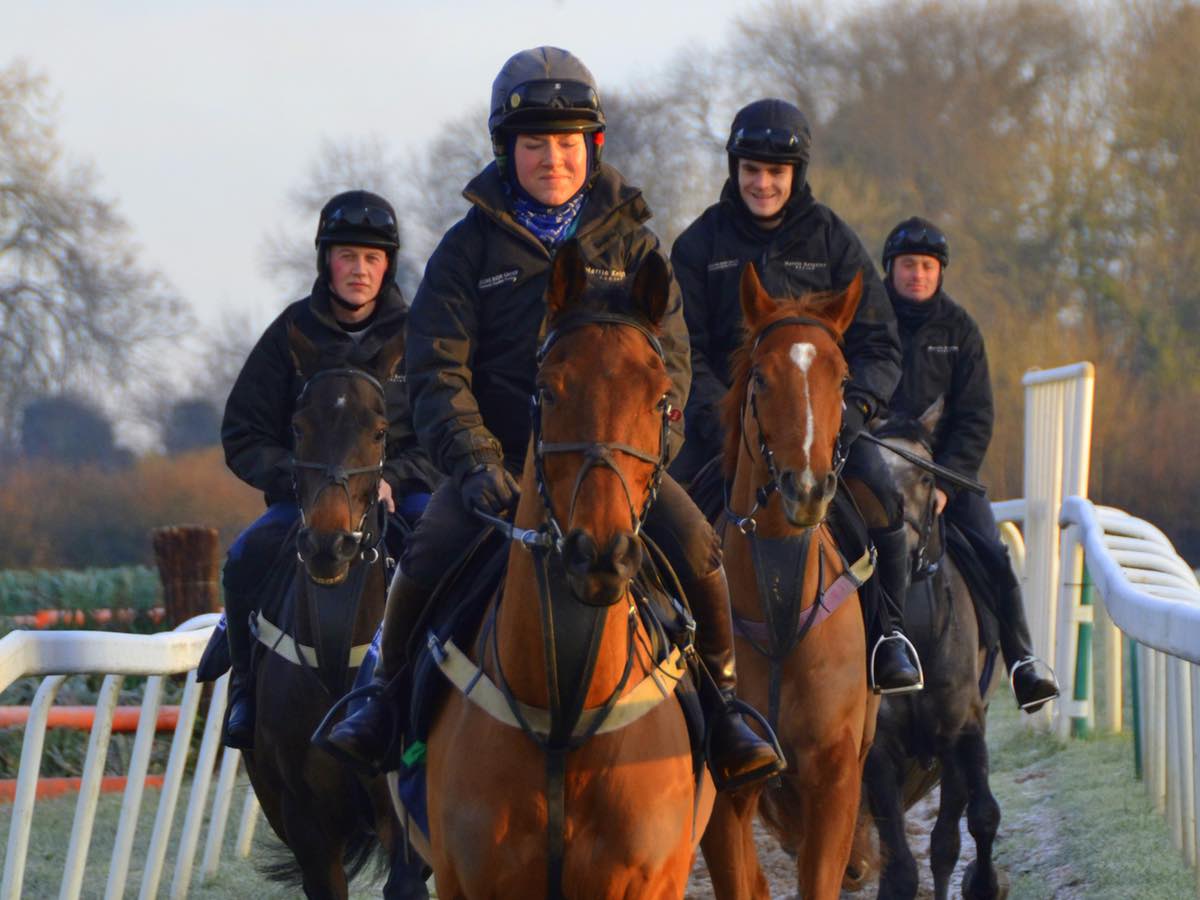 Brillaire Momento delighted us yesterday at Southwell winning well over hurdles under a confident ride from Aidan Coleman. I’ve always thought a lot of her and we were frustrated when she unseated two out on her hurdling debut with the race at her mercy but she made up for that yesterday and not only pleased us but also her supportive owners Ollie and Irene Ryan. Issy Mangan, who rides her out and looks after her, was thrilled too – these horses mean so much to the team here who look after them day in day out and it’s great to see what a win means to them too.

The Wexfordian ran another race, this time over fences, but again did look to be going best of all turning for home but just found one too good and finished 2nd. He’s giving his owners John Abernethy and Peter Boggis plenty of fun and surely the door will open for him soon and he will get his head in front.

Cup of Ambition ran well although is still learning and needs to improve his jumping to become more competitive. We will continue to give him plenty of schooling at home before he reappears.

Unfortunately Red Type uncharacteristically reared over backwards at the start and was obviously immediately withdrawn. Thankfully both Red Type and Conor Shoemark were uninjured but a shame for connections as it was then a wasted journey.

We’ve schooled plenty of horses this morning including Solstice Star, Leriche Belle, Dalton Glance, Sporty Yankee, Double Chocolate, Viking Mistress, Thady Quil, Brass Monkey and Any Currency. Andrew Tinkler and Killian Moore were in but most of the team also got a chance to school this morning including Issy, Harley and Ash and Kieran, who isn’t yet as experienced over obstacles as the rest, leading on Champion Court who is a great schoolmaster. A successful morning with all schooling well.

Alex Steedman was in to ride out as he is joining Belinda in the Macmillan Cancer Support Charity race at York in June. He was lucky enough to receive some coaching today on the Equisisor from their official Jockey Coach Warren Marston and also ex-Jockey Phillip Robinson.